“Go and make disciples of all nations, baptizing them in the name of the Father, and of the Son, and of the Holy Spirit, teaching them to carry out all that I have commanded of you, and know that I am with you always, until the end of the world.”

Our Lady of Victory Parish is a part of the Roman Catholic Church. By the sacraments of Baptism, Confirmation, and the Eucharist, members of the Church are promised eternal life and are equipped to serve God and their neighbor, according to the gifts and talents which each of them have received. In this way, we worship God in Spirit and Truth and welcome his Kingdom into our hearts and into the world.

In the early 1830's, the Roman Catholics of Delhi had to make a day's trip to attend Mass at Holy Trinity downtown. At that time, Delhi stretched from Seton Ave. in Price Hill all the way west through Sayler Park.  This was quite a hardship for the mostly farmers of the township. On February 2, 1834, a small, determined group met at the house of Philip Owens and named themselves the Catholic Society of Delhi Township, Hamilton County, Ohio. Fr. John Martin Henni, from Holy Trinity, would make trips to rural areas, including Delhi, to say Mass. For eight years, they met at homes of the parishioners in order to celebrate the Sacrifice of the Mass.

In 1842, Adam Emge donated 1/2 acre of land on Rapid Run (near present day Stonebridge) and the needed logs to finally build their church. The church was also used as a school; the people understood the importance of educating their children in the Catholic tradition. The first building of the church makes Our Lady of Victory the oldest parish in Hamilton County outside of the city. The parish was dedicated to St. Stephen for his perseverance in faith. Thrilled with their accomplishment, the parishioners still longed to make the church more accessible. The inconvenience of the log church’s location in the woods caused the parishioners, spurred on by their recent success victory, to begin looking for a new home. 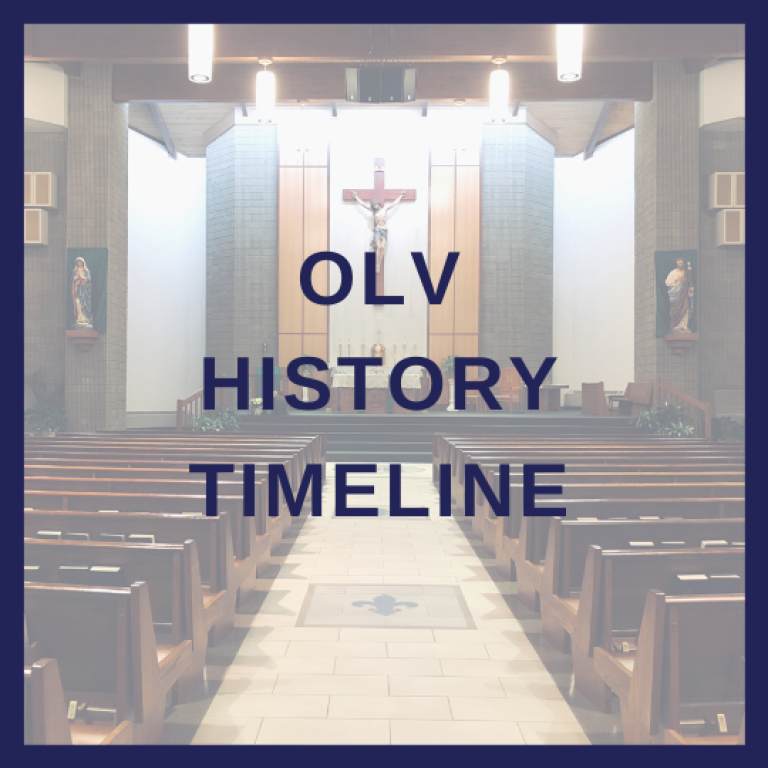