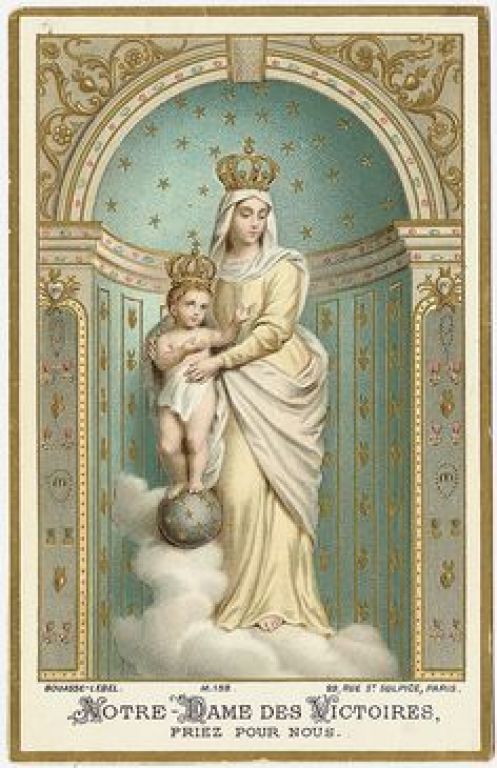 On October 7, 1571, a great victory over the mighty Turkish fleet was won by Catholic naval forces primarily from Spain, Venice, and Genoa under the command of Don Juan of Austria. It was the last battle at sea between "oared" ships, which featured the most powerful navy in the world, a Moslem force with between 12,000 to 15,000 Christian slaves as rowers. The patchwork team of Catholic ships was powered by the Holy Rosary of the Blessed Virgin Mary.

Knowing that the Christian forces were at a distinct material disadvantage, the holy pontiff, St. Pope Pius V called for all of Europe to pray the Rosary for victory. We know today that the victory was decisive, prevented the Islamic invasion of Europe, and evidenced the Hand of God working through Our Lady. At the hour of victory, St. Pope Pius V, who was hundreds of miles away at the Vatican, is said to have gotten up from a meeting, went over to a window, and exclaimed with supernatural radiance: "The Christian fleet is victorious!" and shed tears of thanksgiving to God.

What you may not know is that one of three admirals commanding the Catholic forces at Lepanto was Andrea Doria. He carried a small copy of Mexico's Our Lady of Guadalupe into battle. This image is now enshrined in the Church of San Stefano in Aveto, Italy. Not many know that at the Monastery of Our Lady of Guadalupe in Spain, one can view a huge warship lantern that was captured from the Moslems in the Battle of Lepanto. In Rome, look up to the ceiling of S. Maria in Aracoeli and behold decorations in gold taken from the Turkish galleys. In the Doges' Palace in Venice, Italy, one can witness a giant Islamic flag that is now a trophy from a vanquished Turkish ship from the Victory. At Saint Mary Major Basilica in Rome, close to the tomb of the great St. Pope Pius V, one was once able to view yet another Islamic flag from the Battle, until 1965, when it was returned to Istanbul in an intended friendly token of concord. 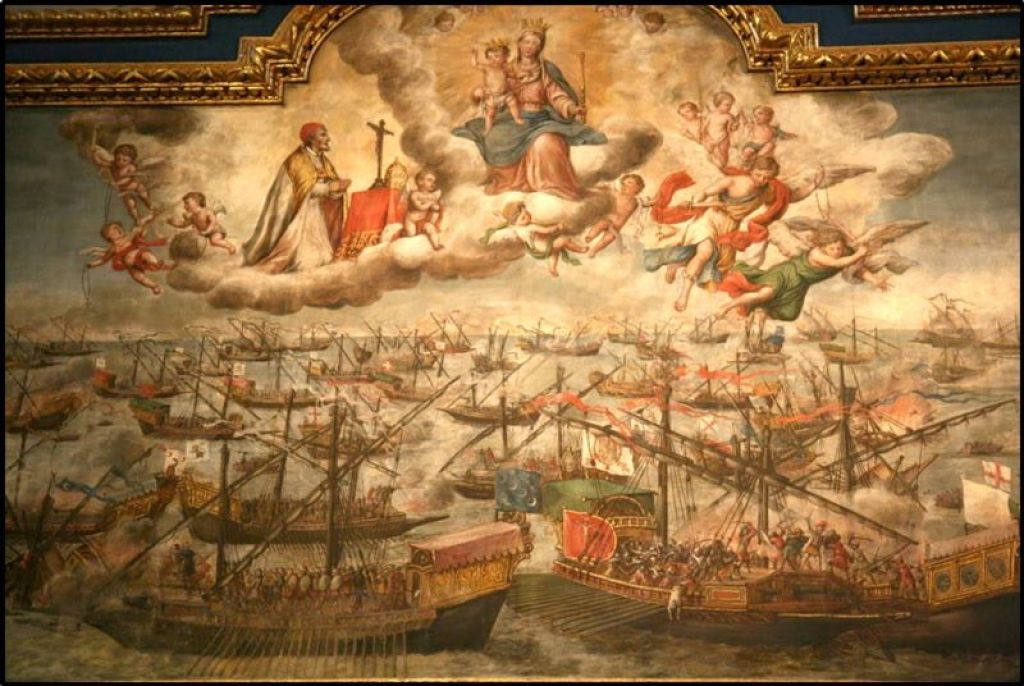 At Lepanto, the Victory over the Moslems was won by the faithful praying the Rosary. Even though they had superior numbers, the Turks really were overmatched. Blessed Padre Pio, the Spiritual Father of the Blue Army, said: "The Rosary is the weapon," and how right he was!

The Battle of Lepanto was at first celebrated liturgically as "Our Lady of Victory." Later, the feast of October 7th was renamed "Our Lady of the Rosary" and extended throughout the Universal Church by Pope Clement XI in 1716 (who canonized Pope Pius V in 1712), though the title of Victory still retains its importance.

Prayer to Our Lady of Victory
by Father Baker

O Victorious Lady, Thou who has ever such powerful influence with Thy Divine Son, in conquering the hardest of hearts, intercede for those for whom we pray, that their hearts being softened by the ways of Divine Grace, they may return to the unity of the true Faith, through Christ, our Lord.  Amen.