On April 25, 591, Pope St. Gregory the Great, carrying a painting of the Blessed Virgin Mary painted by Saint Luke, led a procession through the streets of Rome calling on God to intercede to end a plague that had devastated the city from the end of 590. The plague had even claimed the life of Pope Pelagius II, who died on February 7, 591. As the procession neared the Vatican, Saint Michael the Archangel appeared with a flaming sword above the cupola of the Emperor Hadrian’s mausoleum. In that moment the plague ended, and Rome was delivered from its ravishes. Today Hadrian’s mausoleum is called Castel San Angelo and a great statue of St. Michael adorns the highest point.

I would suggest that we are confronting our own worldwide “plague” in the coronavirus and, so, we at Our Lady of Victory are going to take a lesson from Pope Saint Gregory and the Catholics of 591 Rome. We are going to ask the intercession of both the Blessed Virgin Mary and St. Michael to deliver and protect our loved ones, families, our community, nation, and world from the onslaught of this virus and to bring about its quick and definitive end.

To this end I will include, for the duration of the pandemic, the title “Mother of Mercy” after the Name of Mary and the name of Saint Michael in the Eucharistic Prayer at Mass. I would encourage parishioners to pray both the Memorare and the Prayer of Saint Michael, which I have reproduced here, and suggest that parishioners might also take advantage of the upcoming Forty Hour devotion to ask God, through His Divine Son, to keep our families safe and deliver our world from this ‘plague.’ There are plenty of candle shrines in church – I would suggest we make greater use of them.

As the Angel Gabriel said: “With God all things are possible.” This includes the defeat of plagues. God is attentive to our prayers (Psalm 66:19) so let us raise our petitions to a loving Father who will surely hear the cry of His children. 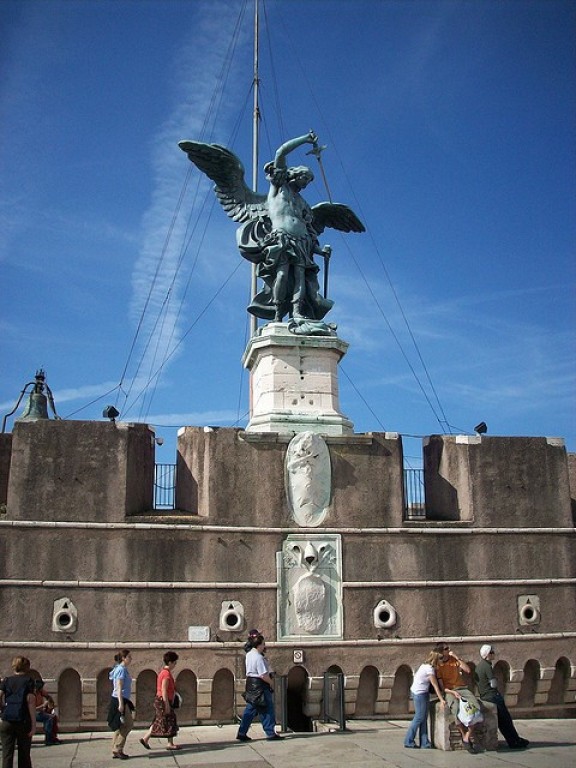 Remember, O most gracious Virgin Mary, that never was it known that anyone who fled to thy protection, implored thy help, or sought thy intercession was left unaided. Inspired with this confidence, I fly unto thee, O Virgin of virgins, my Mother; to thee do I come; before thee I stand, sinful and sorrowful. O Mother of the Word Incarnate, despise not my petitions, but in thy mercy hear and answer me. Amen.

Saint Michael the Archangel, defend us in battle, be our protection against the wickedness and snares of the devil. May God rebuke him we humbly pray; and do thou, O Prince of the Heavenly host, by the power of God, cast into hell Satan and all evil spirits who prowl about the world seeking the ruin of souls. Amen.

Click here for our statement on the COVID-19 virus