Church architecture has changed over the years. There's a distinct difference between a parish from the early twentieth century and a 1960's layout. Though the past renovation of Our Lady of Victory was wonderful and absolutely necessary, there developed over time many needs for repairs and restorations; in the process, we had an idea. The original OLV structure demanded respect and reverence while the present church is warm and inviting. Both are and were equally beautiful and sacred, but we were curious about something. Could we combine the two? Could we warm the hearts of community members and allow a space for a deeper, more reverential relationship with God? So we decided to try. Our vision and mission, was to bring back the reverence, but keep the invitation. 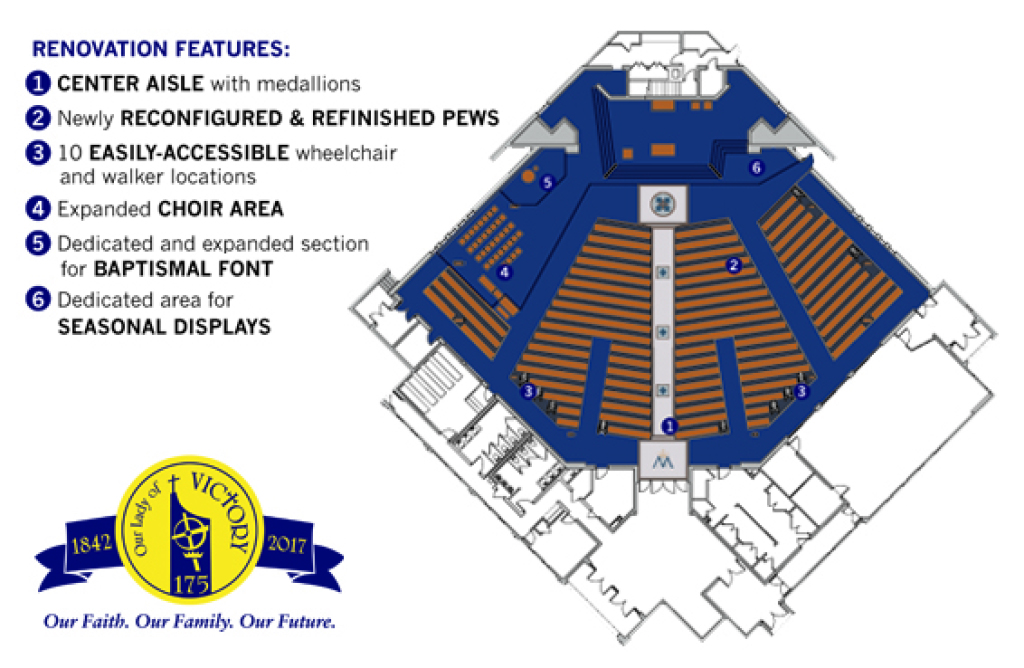 In this rather large undertaking, we created the center aisle, tiled in ceramic with the seal of Our Lady at its base and the fleur de lis, a symbol for the lily (a special emblem of the Mother of God), guiding the priest to the Altar, just as Mary guides us all to Jesus. At the foot of the sanctuary, we brought in a bit of the past with an exact image from the 1908 design, a true melding of the two generations. The old carpet was replaced with new throughout the other aisles, as well as the flooring beneath the pews. The pews themselves were cut to fit the space and refinished to shine, kneelers and all. The sacred liturgical music has prospered as well as we expanded the choir area for a better musical experience. The Baptismal Font was also moved to a permanent location under the Holy Family sculpture near the choir. This allows for more seasonal displays during May Crowning, Easter, Christmas, and other celebrations. 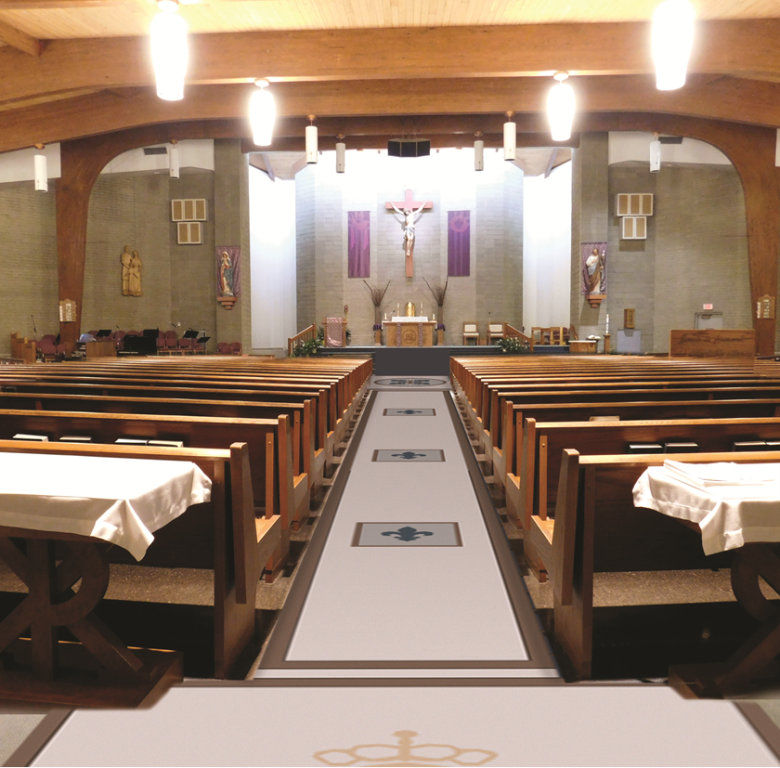 The project began on May 31, 2016, and we were able to have our first Mass in the newly renovated church August 6, 2016. Mass times and location did not change until July; so, throughout June, we were in the regular church, but sitting on folding chairs. In July, we made the switch over to the Convocation Center for Mass so the pews could be placed and the church could be completed. The calendar below shows the significant dates of the renovation. 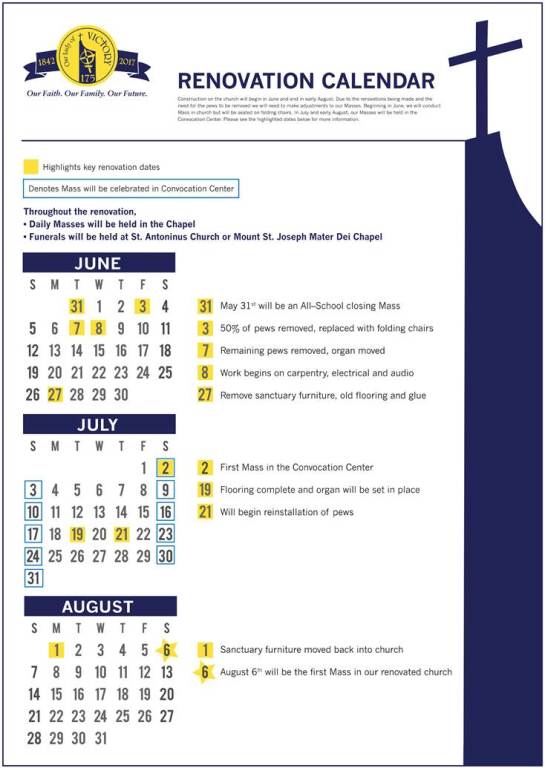